Currently at Dallas – Fort Worth International Airport
The temperature is ºF.
The wind chill is .

What was the Lowest Wind Chill Ever Recorded for DFW?

The first wind chill formulas based on the actual physics of heat transfer were developed just before World War II, but weren’t used by the National Weather Service until the 1970s. The earliest wind chill record that I have found for DFW is January 1, 1973. However, it would be a simple task to retroactively calculate the lowest wind chill values through the entire period of record (1898 to present) based on wind and temperature; that will be a project for another day. In the meantime, the top-10 coldest wind chill values at DFW since 1973 were the following:

A Wind Chill Watch is issued when forecasters at the NWS determine that there is at least a 50% chance for wind chills colder than -10°F within the next 12 to 48 hours. In North Texas, a Wind Chill Watch is extremely rare. Referring back to the table above that lists the ten coldest wind chill values at DFW since 1973, the wind chill has been colder than -10ºF only three times (as of the time of this post, but will be amended with future analyses). Given that a wind chill of zero to -5ºF can be deadly, one could argue that the criteria need to be re-evaluated.

A Wind Chill Warning is issued when there is an 80% chance or greater that the wind chill will fall below -10ºF within the next 24 to 36 hours. As always, a Warning is an upgrade from a Watch and the criteria are the same except that the event is imminent with > 80% probability of occurrence. Wind Chill Warnings are extremely rare in North Texas.

A Wind Chill Advisory is rare, but still an order-of-magnitude more common than either a Watch or Warning. For an Advisory to be issued, there is a high probability that wind chill values colder than 5ºF (5 above) will occur within the next 24 to 36 hours. Like any other weather advisory, a Wind Chill Advisory is issued when life-threatening conditions are expected, but they do not meet warning criteria. 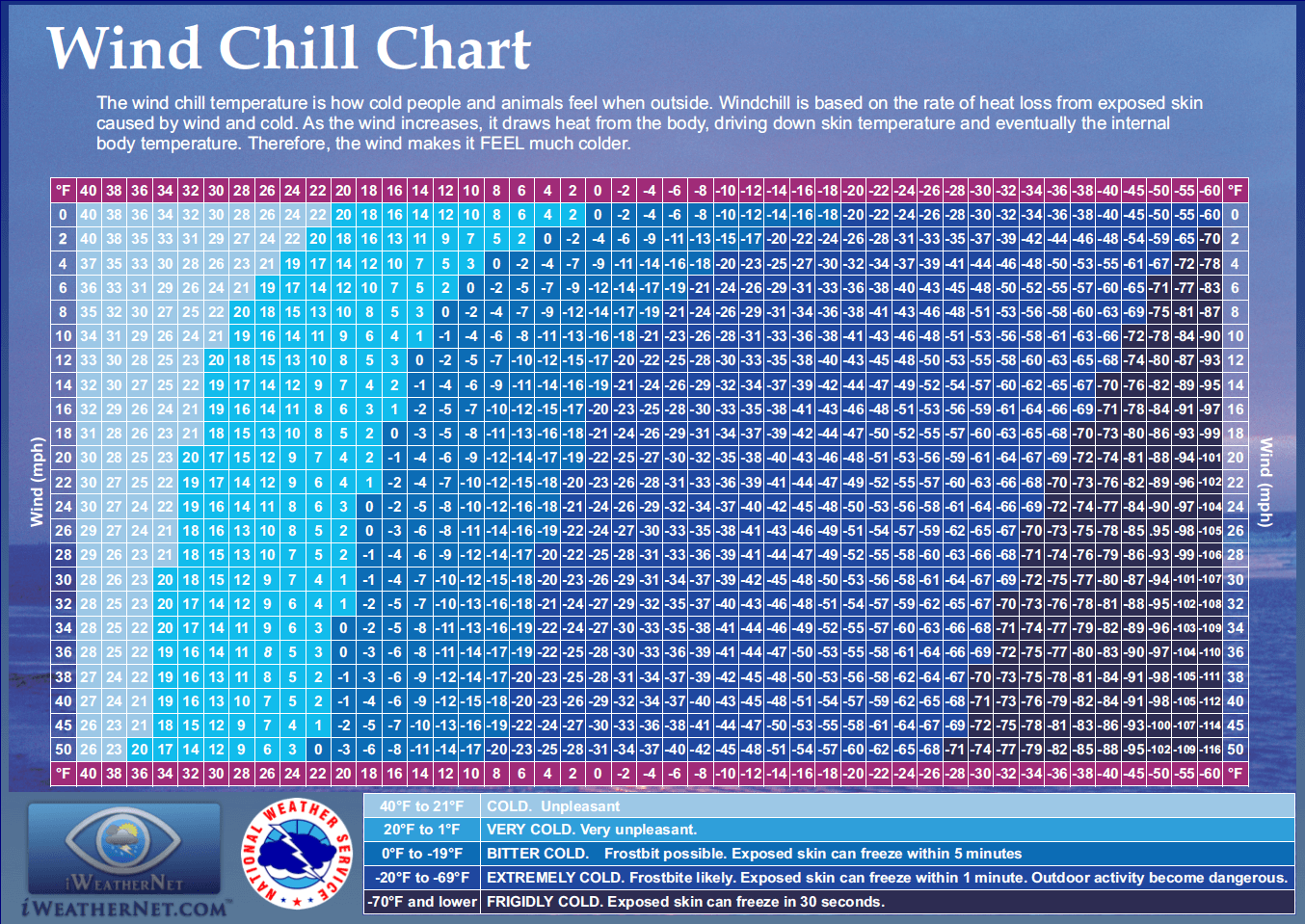