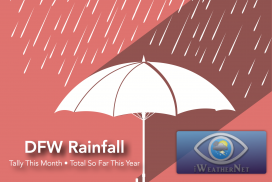 DFW total rainfall this year & so far this month

On this page, you will find a real-time tally of rainfall so far this year, and also for the current month. Below those data, are the current 30-year averages (“normals”) for Dallas/Fort Worth (DFW).

DFW Rainfall This Month and Year-to-Date
Note: Refresh your browser if the data values… 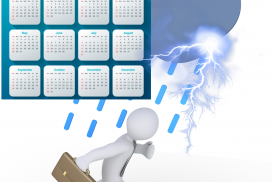 How much rain did DFW get during the month of _______?
Monthly rainfall amounts at DFW during the past year
The table below provides the total rainfall measured at DFW Airport each month dur… 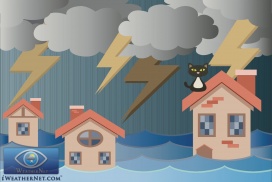 Monthly rainfall records for DFW from 1898 to present

This table shows the total precipitation for every month since September 1898 at DFW.  Weather records at DFW began ago on September 1, 1898.  These data include all forms of precipitation; snow and sleet are included as melted liquid equivalent.
Other Weather Records: 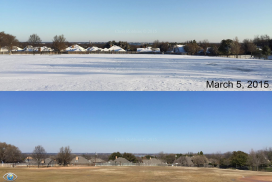 The following table shows the dates that sleet and/or snow fell at DFW Airport during the 2014-2015 winter season, from November 2014 through March 2015.  Most of the sleet and snow fell late in the winter, from February 22 through March 4th .
Other Weather Records ➡︎ Browse the growing number of r… 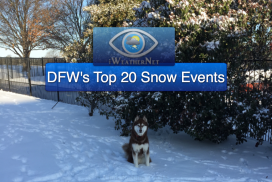 This chart shows the largest amounts on record for a calendar day .

*Note: Two of the largest calendar-day snowfalls at DFW occurred on consecutive days: 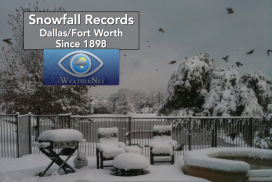 This table shows the total snow and ice accumulations for every relevant month since September 1898 at DFW. Weather records at DFW began ago on September 1, 1898.

Search the weather records for DFW, Denton, Dallas, Fort Worth, and dozens of additional locations in North Texas.