The following table shows the dates that sleet and/or snow fell at DFW Airport during the 2014-2015 winter season, from November 2014 through March 2015.  Most of the sleet and snow fell late in the winter, from February 22 through March 4th.

Other Weather Records ➡︎ Browse the growing number of resources on iWeatherNet that put historical weather data for DFW & North Texas at your fingertips:

Near-Record March 2015 Snowstorm in Dallas/Fort Worth 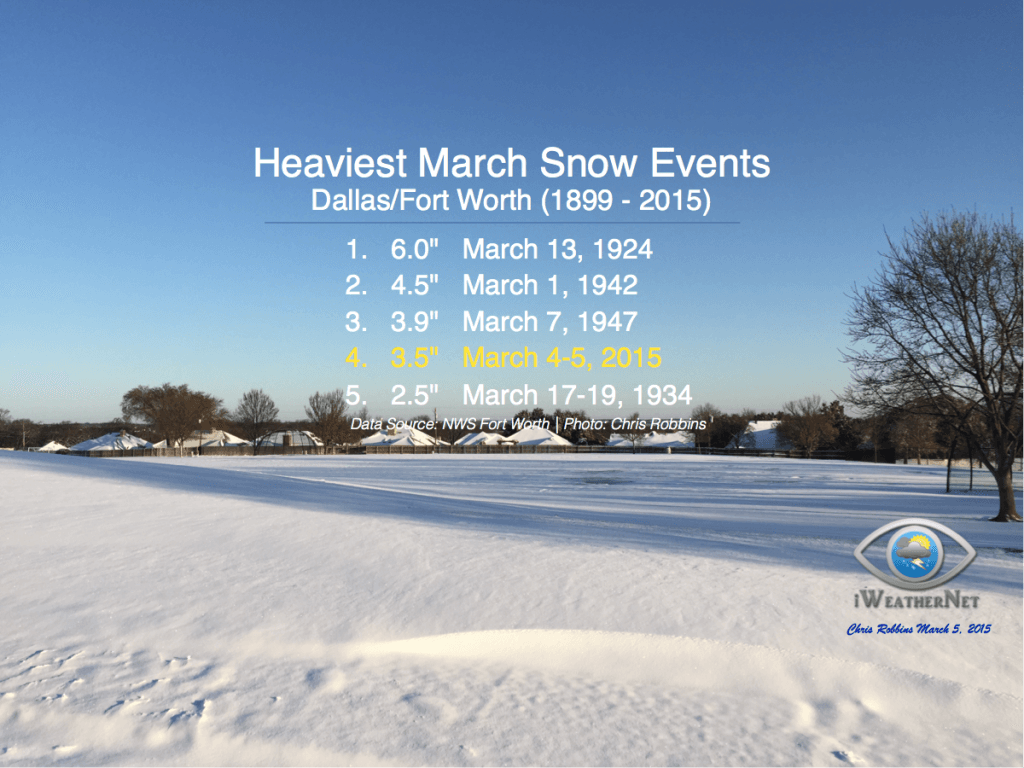 What a Difference 24 Hours Makes in Texas 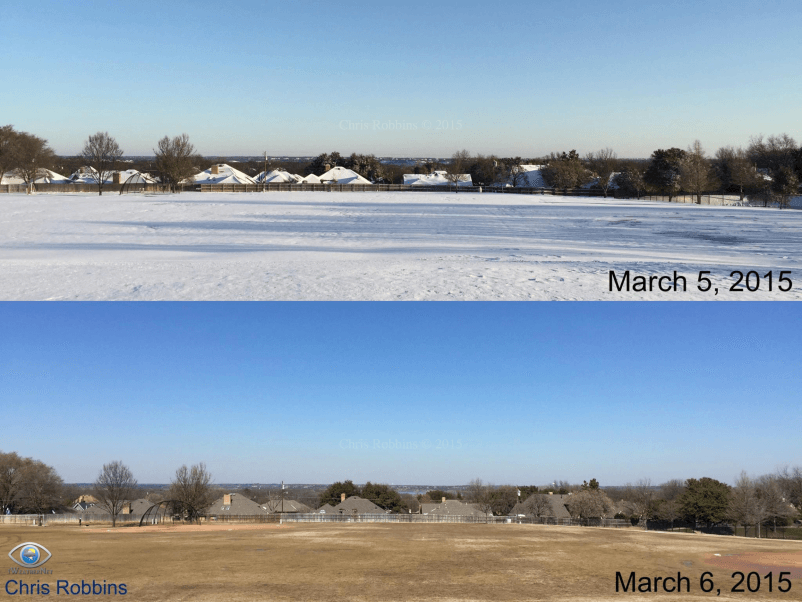