The summer solstice begins Monday, June 20th at 5:34pm CDT.  A full moon, also known as the June Strawberry Moon, will coincide with the 2016 summer solstice.

A Strawberry Moon is a term given to any full moon in the month of June.  The term was used most by Algonquin tribes, who recognized it as an astronomical sign to begin gathering ripened fruit, especially strawberries. 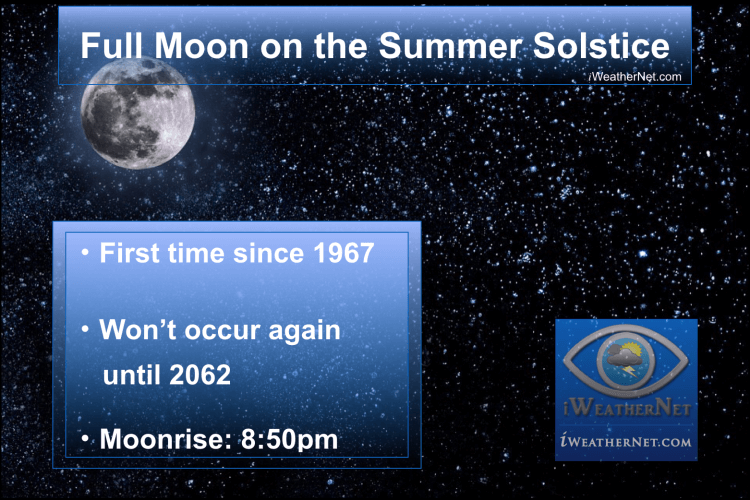