Note: The purpose of this post is to share advanced forecasting techniques, not present formal research at this time.

◙ My list was *much* longer, but I eliminated about 50% of the reports so I could fit a reasonable sample (primarily the metroplex and adjacent counties) in the chart below.

Atmospheric precipitable water content over North Texas was well above the 99th percentile for the month of April, and the PWAT measured by the 12z Fort Worth upper air sounding on Sunday April 17, 2016 was the 8th highest on record for any day in the month of April (65-year database).

Why the 99th percentile?

Those who have followed my forecasts for a while know that atmospheric precipitable water content at or above the 99th percentile always gets my attention. My own research and experience have shown that the 99th percentile is not only significant, it’s a critical threshold.

I rarely make a fuss when atmospheric PWAT is at the 90th percentile. However, there appears to be an order-of-magnitude increase in the risk for flooding as PWAT increases from the 90th or 95th percentile to the 99th percentile… it may not seem like a big difference, but the mathematical, physical, and observed ramifications are significant. 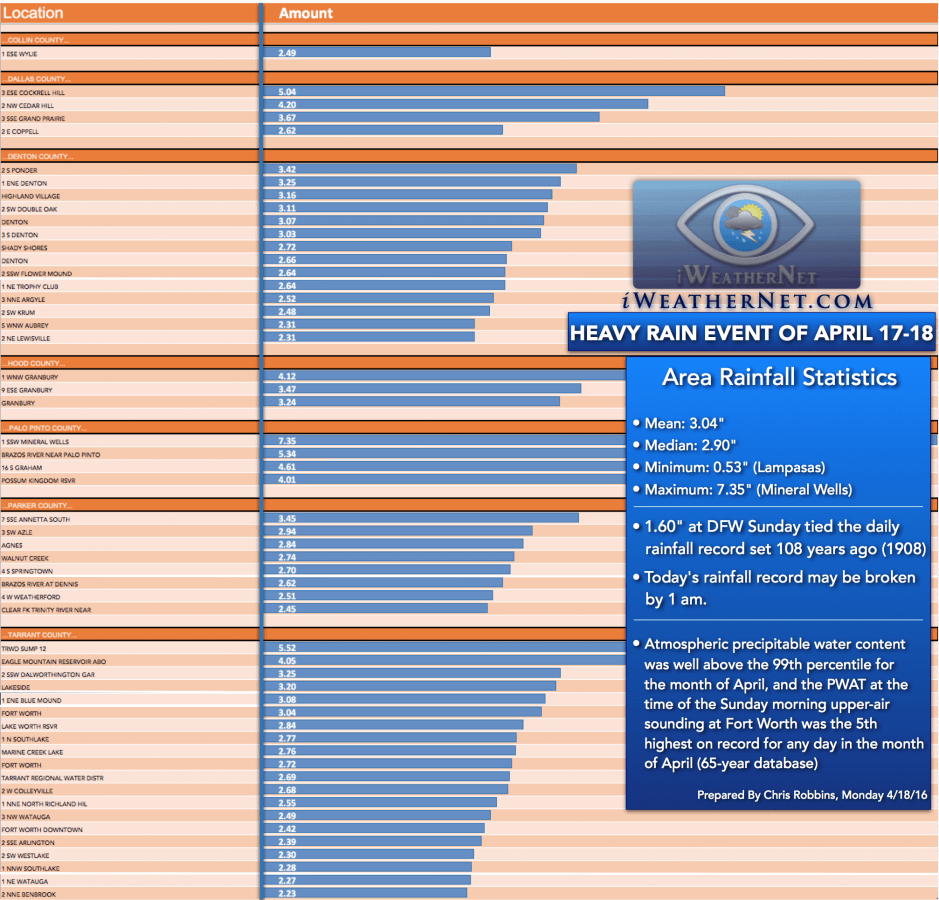