Home » Weather » National » The 2016 Blizzard: Historic Snowstorm for the Ages

Brief Overview of the Storm’s Evolution 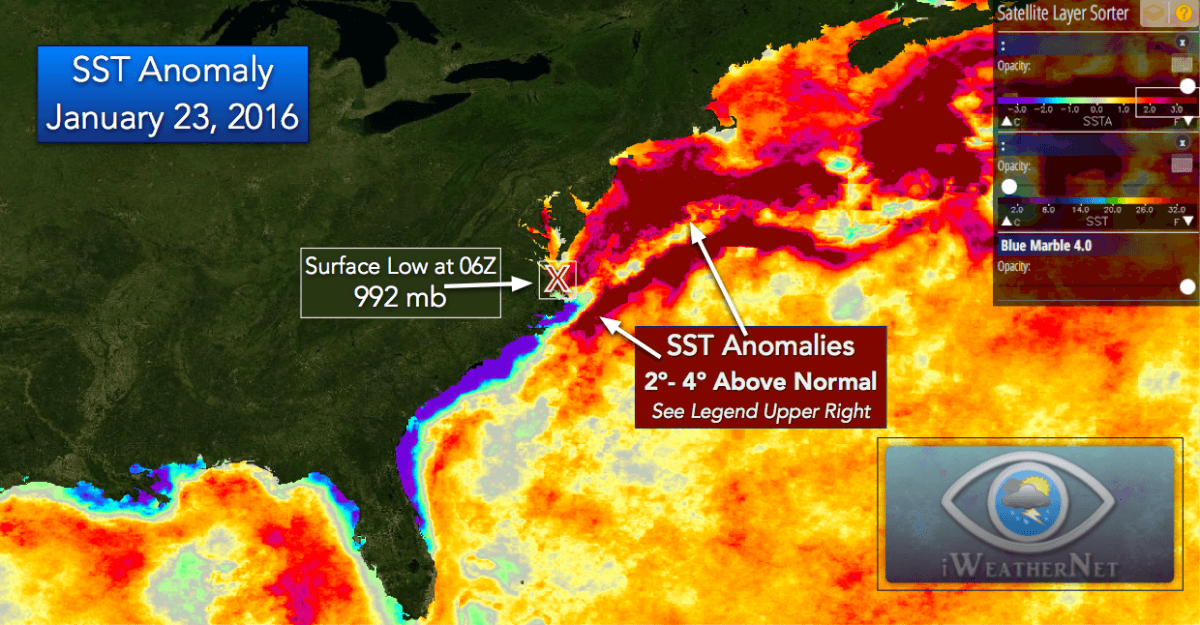 Evolution of the Surface Low (Animation)

After the surface low emerged over the anomalously warm ocean water on the morning of January 23, it deepened and intensified for another 12 to 15 hours with the central pressure reaching a minimum of 983 mb on the evening of the 23rd.  As the surface low occluded, it became quasi-stationary and even moved westward for a few hours.  The occlusion culminated in a trowal pivoting around the western periphery of the surface low, resulting in very heavy snow with snowfall rates in excess of 3 inches per hour at times.

The large moisture flux from the very warm waters of the western Atlantic advecting around the surface low with the trowal certainly increased the atmospheric precipitable water content above what might otherwise be expected, and likely contributed to the record snowfall in the affected areas.

Record sea levels were measured at Lewes Beach, DE, at a level of 9.268FT on January 23, 2016  1312 UTC, and the sea level was recorded at the peak high tide. This sea level rise is the highest ever recorded and was higher than the water levels produced by Hurricane Sandy (2012).

Below are the forecast tidal graphs and observed tidal anomalies from Lewes Beach, Delaware, on 23 January 2016.

These graphs were retrieved over six hour intervals of 4:20am EST, 10:20am EST, 4:20pm EST, and 10:20pm EST. The maximum observed water level occurred shortly before 10:20am EST, around 7:30am EST during the high tide cycle that was immensely influenced by a full moon and strong onshore flow. Notice the sharp increase in water level from the astronomical low tide to the high tide. Note that the low tide prior was nearly the height of the normal high tide. 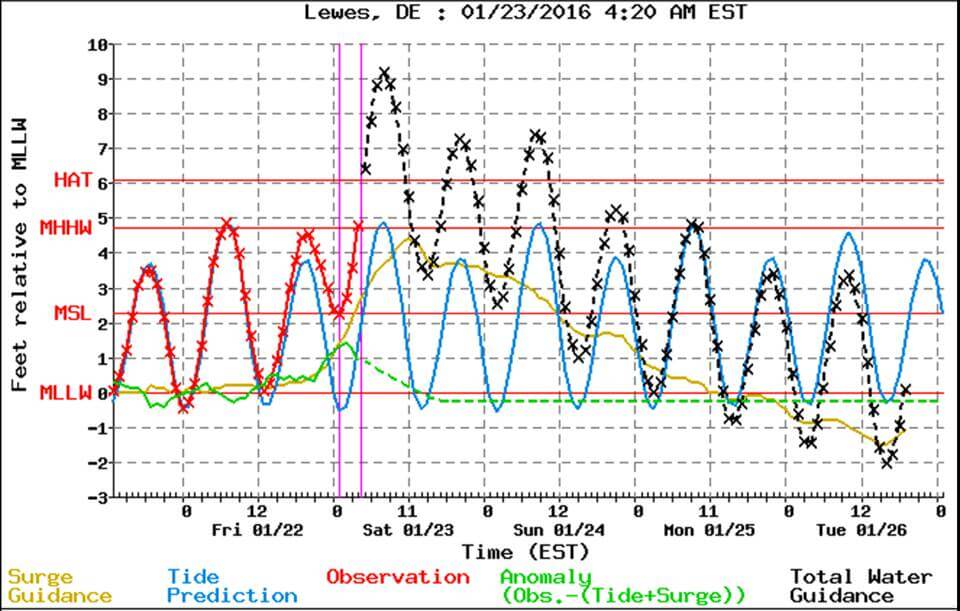 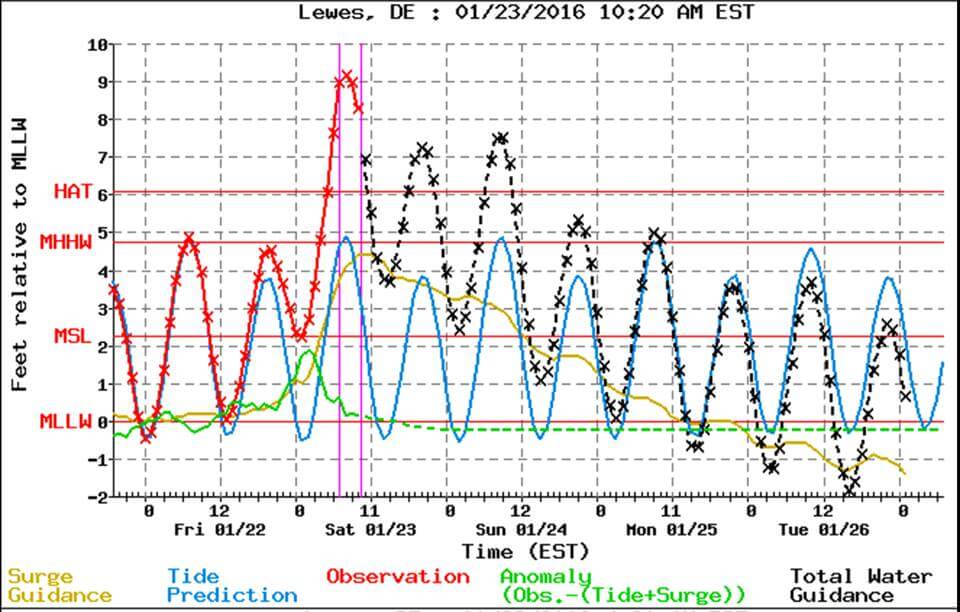 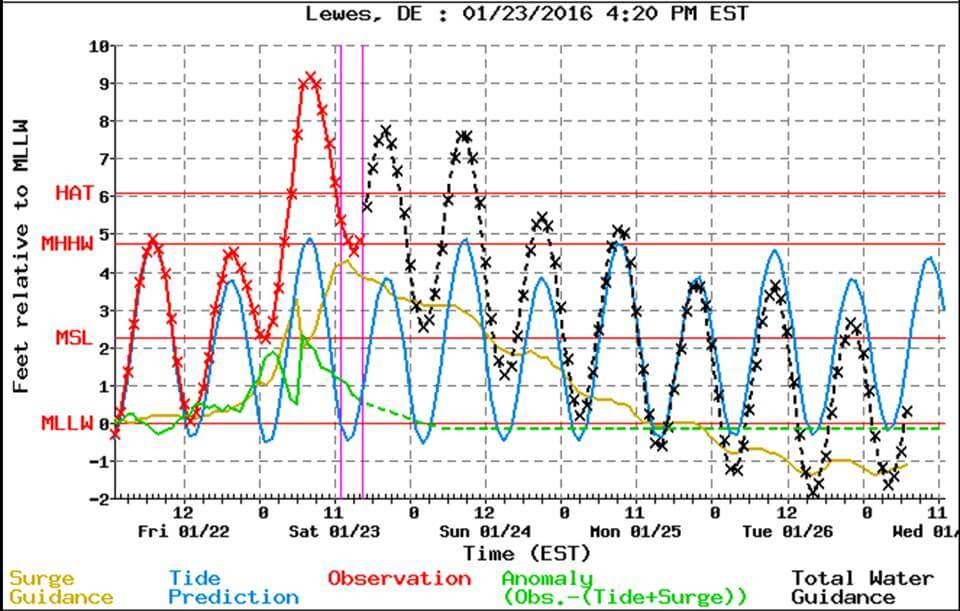 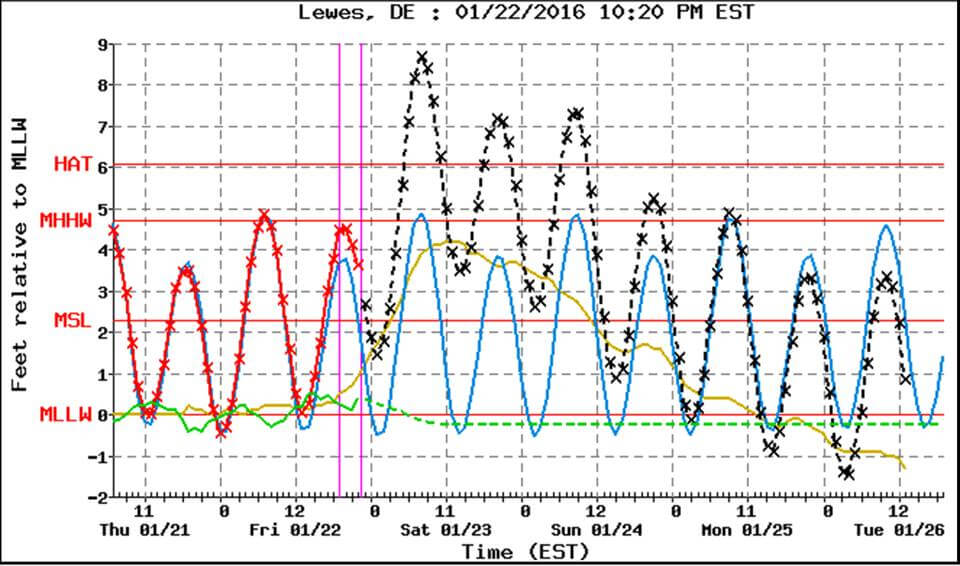 Another significant record that occurred off the New Jersey and Delaware coasts was a record wave height of 27.2FT measured by Buoy #44009 located 26 nautical miles (nm) southeast of Cape May, New Jersey. The location of this buoy is shown below. 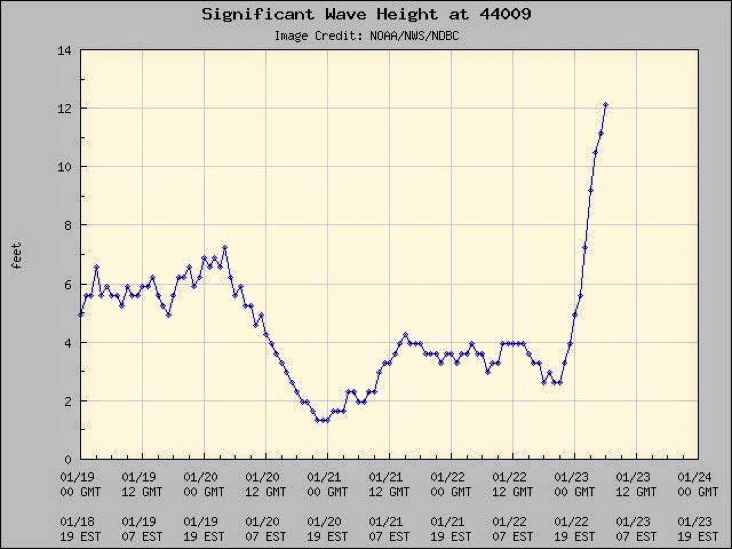 Another significant buoy observation occurred at Buoy 44014 located 64 nautical miles east of Virginia Beach, Virginia. The location of this buoy is shown below. 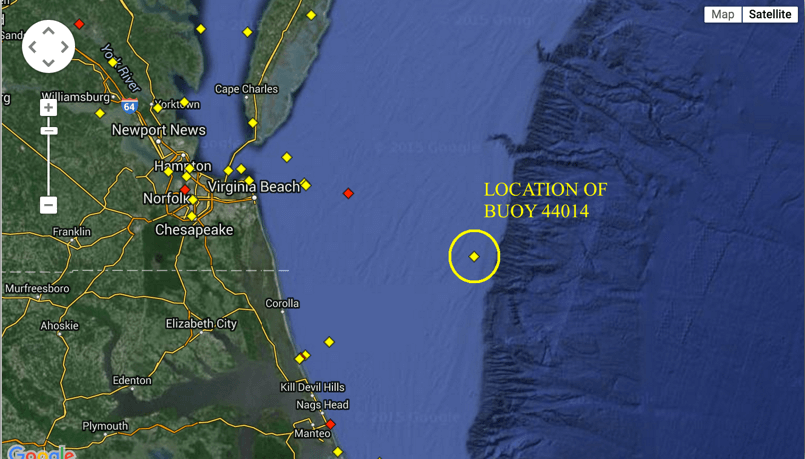 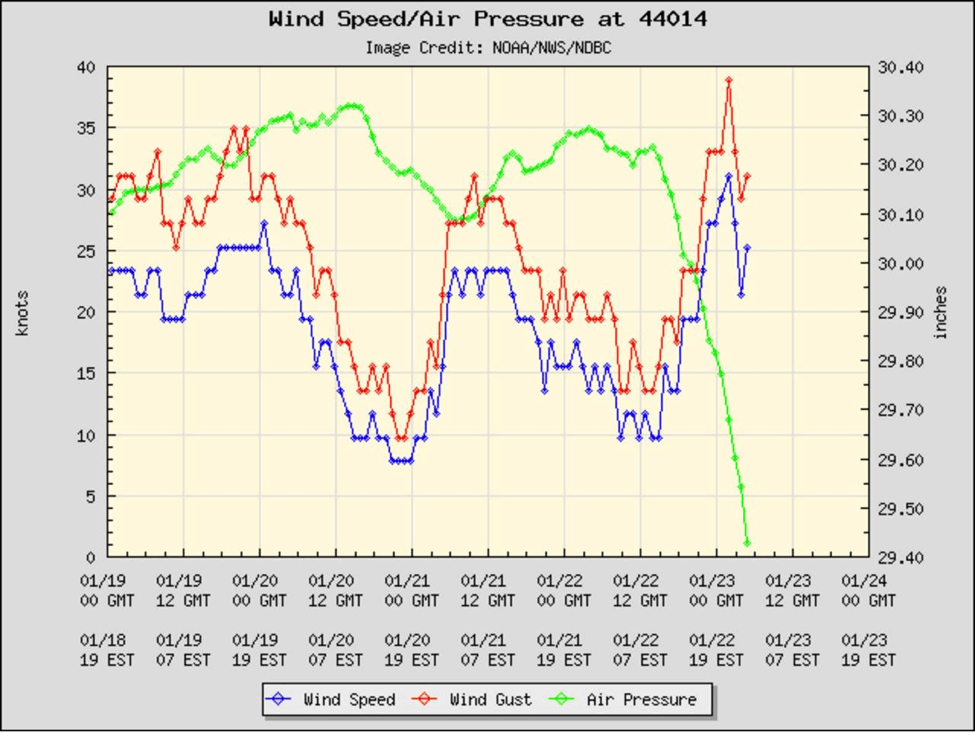 Below is a three-day snowfall total map from January 23rd — January 25th, 2016. This map is based off of preliminary reports. 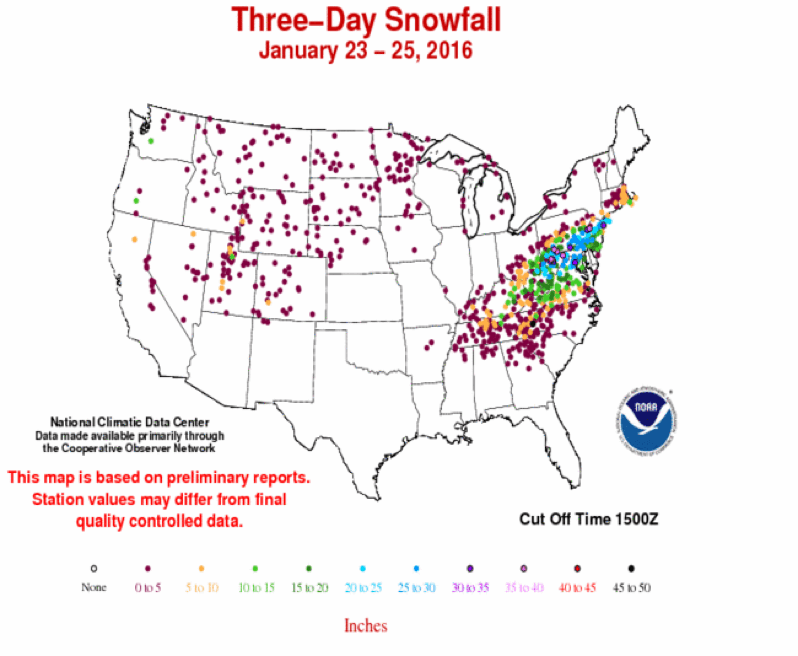 Snowfall Totals/Records from the Blizzard

The blizzard was historic for many locations, including Central Park, New York, which measured 26.8” — just one tenth of inch shy of their record of 26.9” set on February 11th-12th, 2006.

Other snowfall totals in New York include: 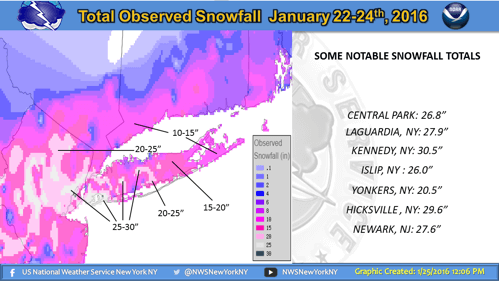