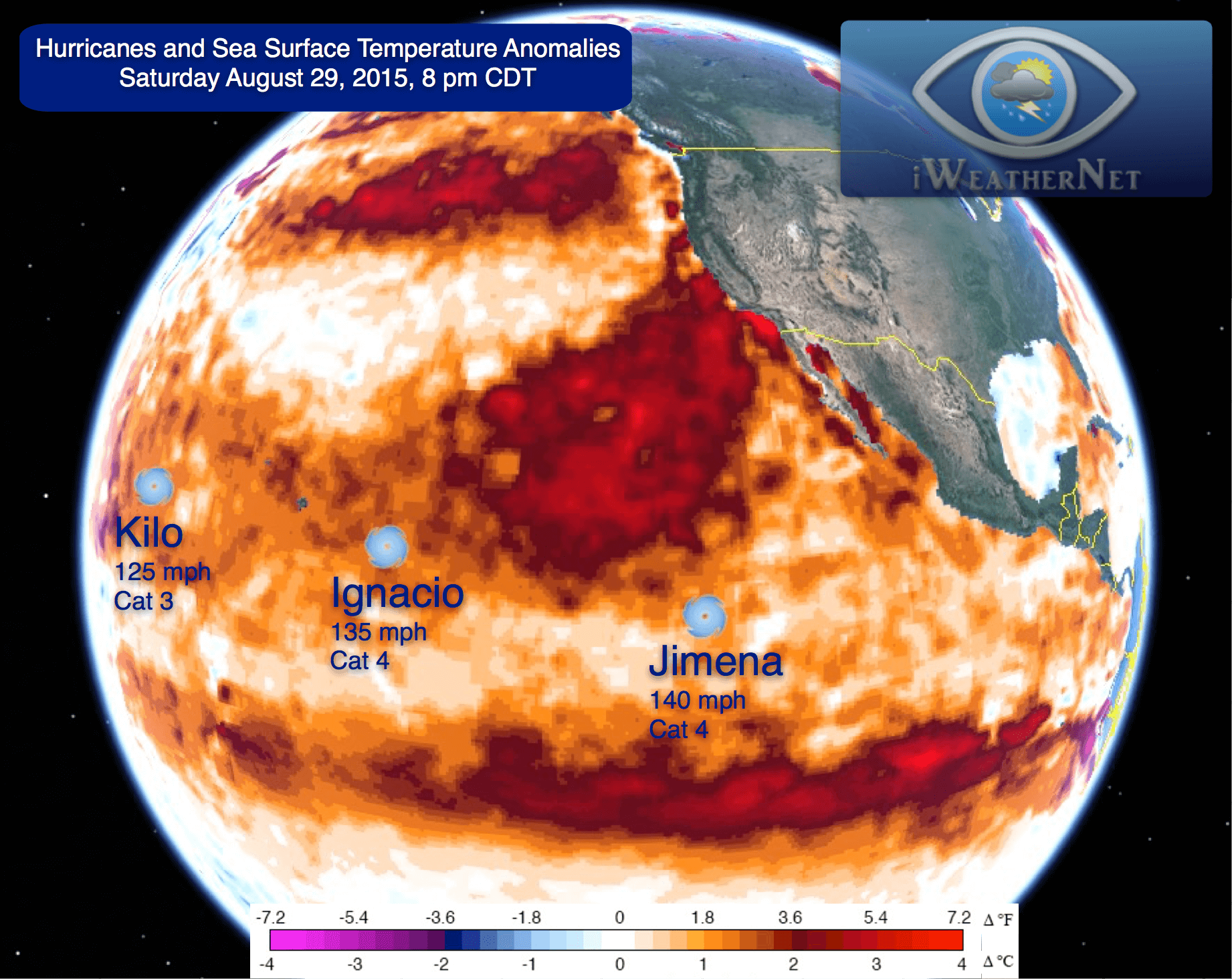 On August 29, 2015, for the first time on record, three *major* hurricanes were active simultaneously in the central/eastern Pacific (east of the International Date Line, 180ºW).  A major hurricane is defined as a category 3 or higher.  Yet another record was set at 10 pm CDT. 8 pm CDT 8/29: Three Major Hurricanes Set … Read more