Sub-Tropical Storm Alex has formed in the East Atlantic.  As discussed below, Alex is only the second-known storm to form during the month of January in the 174-year database (1842-present). 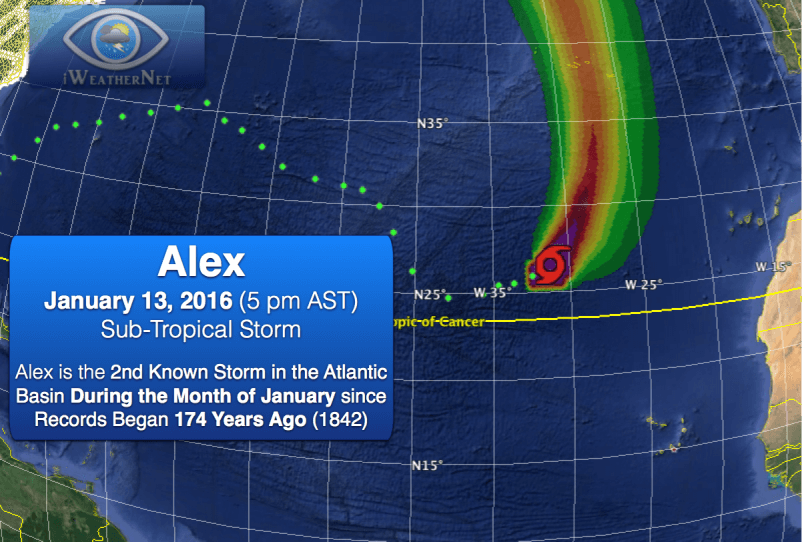 At 2 pm EST on January 12, the National Hurricane Center raised the probability of tropical cyclone formation within the next 48 hours in the East Atlantic to 50%.  Although this system will not affect the United States, it is certainly very interesting for this time of year.

Official Statement from the NHC

Cloudiness and thunderstorms have become a little more concentrated and organized near the center of a non-tropical low pressure system centered about 1100 miles southwest of the Azores.  The low is producing winds to near 60 mph over the southern and eastern portions of its circulation.  Although environmental conditions are only marginally conducive for development, this system could become a subtropical or tropical storm within the next day or so.  The cyclone is expected to move eastward to northeastward over the eastern subtropical Atlantic over the next couple of days. Regardless of subtropical or tropical cyclone formation, this system is expected to produce hazardous marine conditions over portions of the eastern Atlantic for the next few days.  For additional information, see High Seas Forecasts issued by the National Weather Service and Meteo France.  The next Special Tropical Weather Outlook on this system will be issued by 2 PM EST Wednesday. 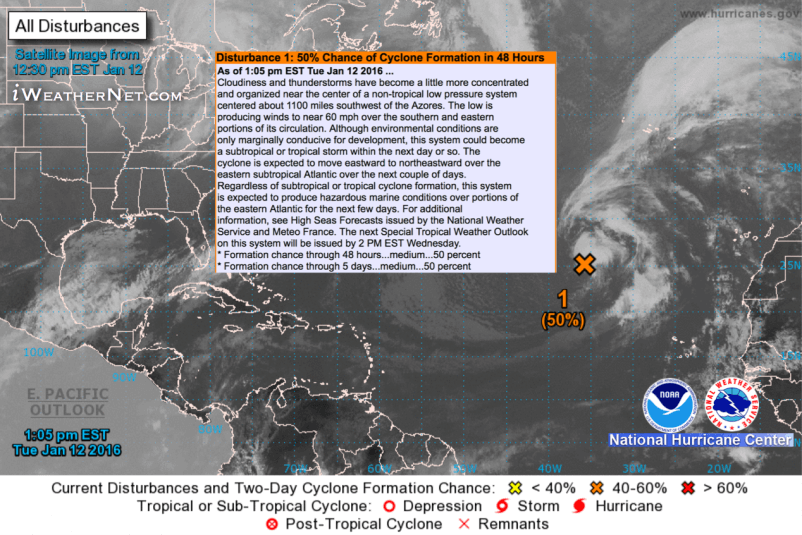 Have January Tropical Storms Ever Occurred in the Atlantic?

Only one tropical cyclone has occurred in the Atlantic Basin during the month of January.  That storm was an unnamed hurricane in January of 1938.  Records date back to 1842, so statistically speaking (and assuming a perfect dataset prior to the satellite era), the odds are extremely small… only 1 in 174 (0.50% chance).

Have Atlantic Tropical Storms or Hurricanes Formed in February or March?

The following maps show the individual storms mentioned above.   Also, I have included the December storms found in the dataset.  These data were obtained using NOAA’s International Best Track Archive for Climate Stewardship (IBTrACS) data set.  The database includes over 6,000 tropical cyclones from 1842 to present. 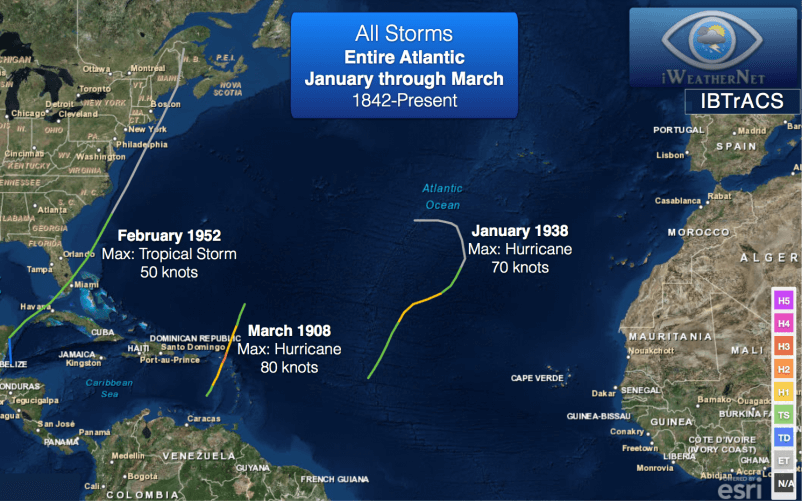 All Atlantic Storms in the Month of December (1842 to Present) 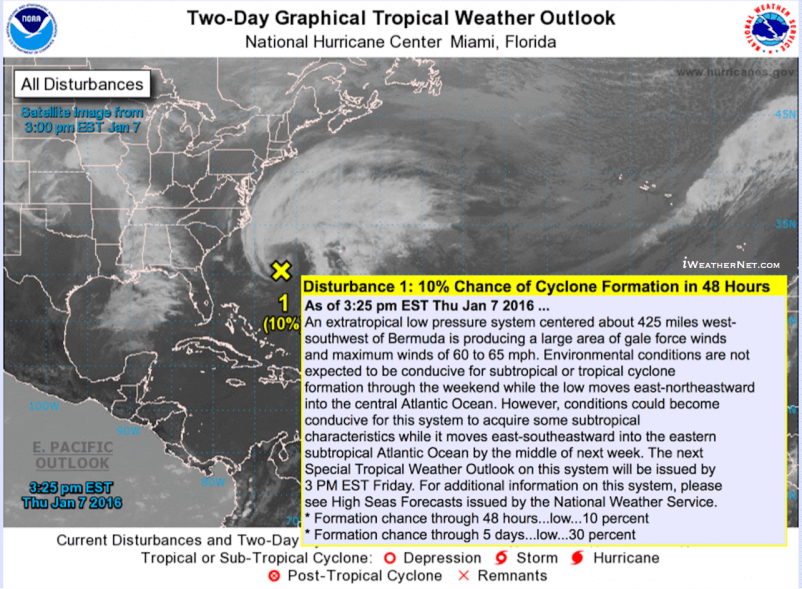