2015 was Atlanta’s Warmest Christmas on Record

Results of My Forecast Posted on December 23rd

On December 23rd, I predicted that records would be tied or broken each day from Christmas Eve through December 27th (4 days in a row).  As of 5 am, Sunday 12/27, the forecast has been a success. My median forecast error for the high temperatures was 1 degree; the median error for overnight low was 2 degrees.

? Weather History Fact: The warmest Christmas ever recorded in Atlanta, Georgia was 75ºF set in 2015.

We all remember Atlanta’s Christmas Day snowstorm back in 2010.  That sure was nice. 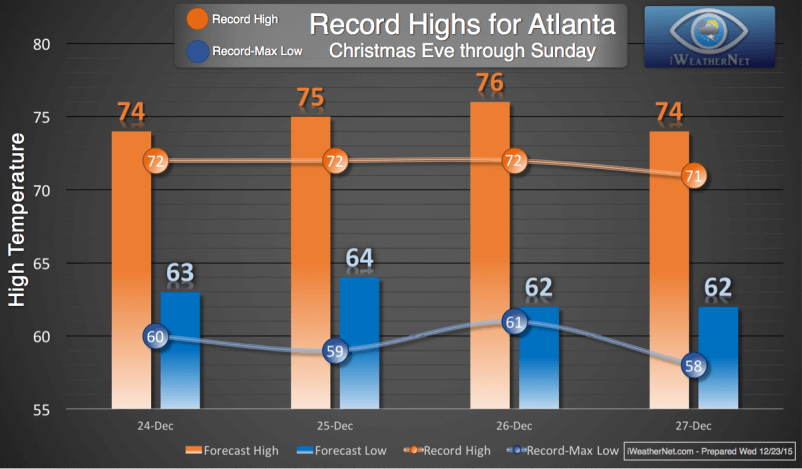 ? Return to the top